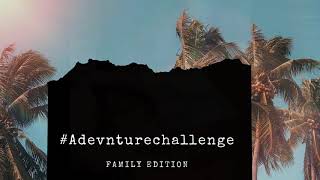 How do you plan to spend your Valentine’s Day? Are you a hopeless romantic and make grandiose plans for your loved one or are you one to keep things simple and perhaps practical? Or do you fall somewhere in between?

Valentine’s day is slowly creeping upon us. The stores are stocked and ready with everything pink and red. My Instagram feed has been bombarded from my favorite boutiques advertising “cute outfits” to wear on a night out with my main squeeze. My emails are filling up with the perfect gift ideas, and everywhere we turn, we are reminded, it’s coming.

But how do you celebrate it? Do you go all out? Do you have a romantic night with your loved one or do you simply just exchange a card and an "I love you." Steve and I have always done something on Valentine's day. They've always been special in their own ways and they have definitely evolved over the years as we've grown and had a family. There has never been anything grandiose or hopelessly romantic about any of them however I cherish them all. With that being said, there are two Valentine's days in particular that really hold a special place in my heart.

I was a poor college student at NC State. It was my senior year and I was working part-time at Crate & Barrel (still one of my favorite places ever to have worked) in Crabtree Valley Mall. I was also working my butt off to finish up my last year in school and was participating in a Co-op program several times a week at a Public Relations firm. Steve had recently graduated and was working in Huntersville, a small town on the outskirts of Charlotte. It was the first year since we had started dating that we lived in different cities (almost three hours away from each other) and had to get used to not seeing each other on a daily basis. It was hard.

So for Valentine's Day that year we decided to go camping...because clearly, camping in the mountains in the middle of February is a GREAT idea! We were young, dumb, broke and completely in love. But if you know us as a couple, you know how fitting this story is to us.

We left on Friday, which just happened to be the 13th of February...nothing like starting a romantic adventure to the mountains on Friday the 13th!! On our trek to the Uwharries I made him make a pit stop at the grocery store so that I could buy him some goodies for our special weekend. I didn't have much money and he doesn't really like sweets so I rushed through the store grabbing random things like beef jerky, slim jims and oreos and shoved them it into a festive bag. It's so hard to buy someone something for Valentine's Day when they don't like sweets! I always revert back to meat...meat makes him happy. I kid you not, one time I cooked him meatloaf in the shape of a heart because that was the only thing I could think of to give him that he would like. Maybe I should try wrapping a steak or some bacon up in some pretty paper??

As we drove to the campsite, his truck was beyond empty of gas. We were literally running on fumes but we kept going. I’ll be honest...it was getting dark and I was very concerned we were going to be trapped in this remote area, sleeping in the truck, in the freezing cold, and were going to get murdered by some crazy person because it was Friday the 13th. I know, I'm a little sensational. It was too late to do anything about it though so we had to keep going. Finally, we make it to the site. We get the tent set up and make a fire to get warm. Ya’ll it was FREEZING. Literally. The temperature had dropped significantly with the sinking of the sun and it was hovering at freezing or below. We sat around the campfire snuggled up and stuffing our faces full of s’mores. Ok, ok, that was me...I just told you guys he didn’t eat sweets. It was just me stuffing my face. And I like mine with peanut butter so I was a hot mess of melted marshmallows, chocolate, and peanut butter, just shoveling them in my mouth. Little side note for you... if you ever feel the need to have a quick s’more fix, spread some peanut butter on a few ritz crackers, top with a Hershey kiss and a mini marshmallow and toast them in the oven...yummmmmm!

Ok, back to the story. I remember Steve being particularly quiet but not in a concerning way. As midnight came around, he pulled a red envelope out of his jacket and handed it to me. I remember my hands being a sticky mess so I was fighting with the card and more concerned about licking the peanut butter off my fingers than concentrating on what was in front of me. So, when I looked up and saw him on one knee with a box opened in front of me, it didn't register. I thought "those are beautiful earrings!" It took a hot second for my brain to finally get up to speed, and as I struggled to focus on what he was saying (seriously, he sounded like the muffled people on Charlie Brown...wah wah wahh), I finally realized he was proposing! He had completely surprised me. I had no idea it was coming. I'm just thankful that he waited until midnight so we didn't get engaged on Friday the 13th!! To this day, I still have NO CLUE what he said to me other than the four word question that I responded to, and he can't recall what he said either! However, we till have the card!

Over the years, we've celebrated in different ways. We've taken trips, visited wineries, gone for brunch, and the list goes on. As our family grew, this day started becoming more of a family thing though. And while nothing can compare to Valentine's Day of 2004, last year was a memorable one. Not because there was anything super special about the day. It was actually just a normal day. What made it so memorable was the reaction my kids had to a simple gesture.

I'm a very affectionate momma. I love on our kiddos constantly, shower them with way too many, embarrassing kisses, and tell them how much I love them a whole heck of a lot. Last year, I had the idea of celebrating them for Valentine's Day. I wanted them to know how special they were to us, and what makes them so extraordinary in our eyes. I did it for Steve too, but my main focus was on the kids.

I cut out ten paper hearts of various colors and on each one, I wrote a sentence about what I loved most about them. I then took these hearts and taped them to their bedroom door, along with some special Valentine’s balloons, and a little bag of candy. Anybody else’s kids obsessed with balloons as much as mine are? When they got home from school, they walked down the hallway to find these notes, and I am not lying, they both cried. Whew...This momma’s heart almost exploded!

I think it goes to show that sometimes, even though we tell them constantly how we feel, our kiddos, just like us adults, need an extra reminder of WHY we love them so much and WHAT makes them so darn special. These hearts stayed up on their doors for WEEKS! And when they finally took them down, they placed them in a small Ziploc bag and put them in a drawer in their room to remember forever. How precious is that!!?

This year, Valentine’s day happens to fall on a weekend. Do I dream of having a romantic date night with my hubby? Absolutely. And I know we will make some time for us, and we will reminisce and celebrate. What I am most excited about though is taking this time to love on my kiddos again. I've slowly started planning some family fun...maybe we will complete another family Adventure Challenge, or a Valentine themed scavenger hunt. Whatever it is, I'll be sure to take the time to tell them AND show them how special they are, and what about them makes this world a better place. And of course, buy them some balloons :)